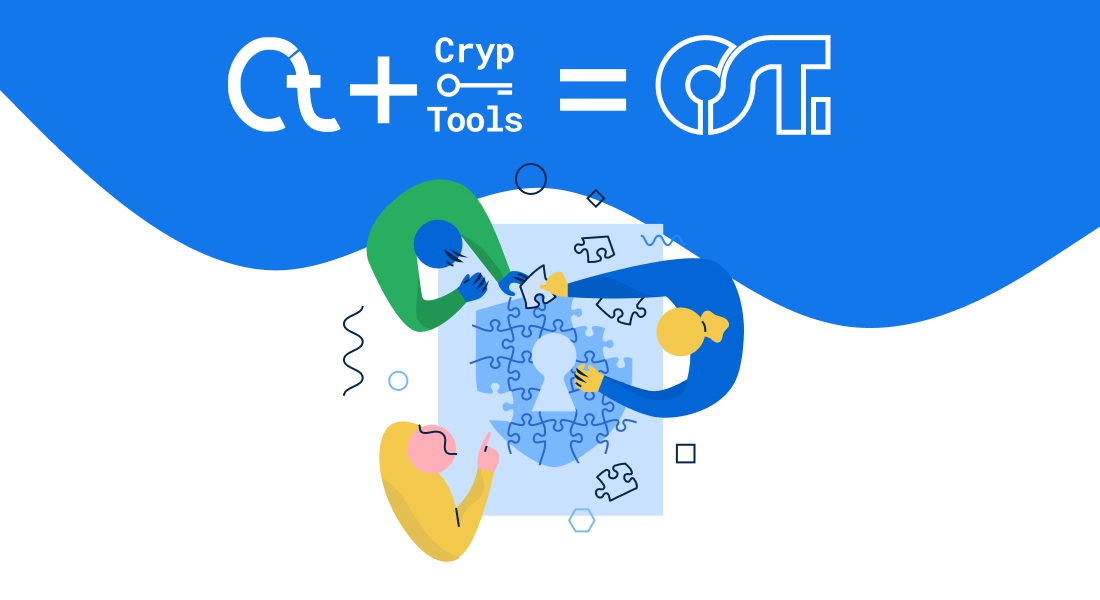 Cryptools originated in late 2017 when a group of students interested in cryptography was startled by how few good and open-source resources they were able to find on the topic. This prompted us to explore cryptography further, and implement ciphers in several programming languages, later resulting in the creation of a GitHub organization. The team was later expanded as they invited other contributors to join us on this open-source journey.

It was only later, in 2020, that Bernhard Esslinger, the founder of a very similar project, CrypTool (the name is just a coincidence) decided to contact them to get together to improve the impact of the two organizations.

CrypTool, much older and known (admittedly), thus completely absorbs the project under its name. Bernhard Esslinger is appointed head, but the former founders of CrypTools are heavily involved in the project.

The first impact of this merger is the rebranding of the project. A new logo, a new website, and the new CTO version are announced. Currently, it's still in development. Another change was the targeted audience. Previously, CrypTool focused on (university) students, and CrypTools on developers and young people. And if they were to merge, they had to embrace each other’s differences. That means broadening the audience.

The most recent example is the creation of the Corona Tracing Animation that allow individuals to understand decentralized contact tracing protocols. The page is translated into 4 different languages and has a strong focus on accessibility and ease of use.